The human mind is such that all things that are bright and glittery attract it. In the world of colors, the maximum amount of brightness that you can expect is from the color gold.

Not only does the color itself signify wealth and prosperity, but in a palette or painting of multiple colors, it can draw attention to itself no matter what your taste in colors is.

In this article, we will discuss the nature and the color combination that will be necessary to arrive at the color gold. We shall also consider the color codes associated with this hue.

What Colors Make Gold? The beauty of the color gold lies in its exquisiteness. One cannot arrive at the color gold by a simple mix of two or three primary colors. Here, you need to start by mixing the colors of red, blue and yellow in appropriate proportions to arrive at brown. The brown is then mixed adequately with white to come at gold.

Understand that the key to reaching the color gold lies in the game of ratio and proportions.

If you mess up the rate at any point, you will not arrive at the desired color.

There are a few other ways of reaching this color (which is discussed later in the piece), but the central idea remains unaltered.

SIGNIFICANCE OF THE COLOR GOLD:

Since time immemorial, humankind has associated the color gold has with success. The gold medals that winners in competitions with have a significant role here.

This concept has been in existence since the time the Olympic Games have been in the picture and later came to be associated with academic success as well.

There is a sense of victory that accompanies this color. Because of the monetary valuation of the metal gold, people tend to associate this color with affluence and extravagance.

The rich see it as a color of wealth. Naturally with that come the associated qualities of elegance, status, and sophistication.

As it is only the elite who can afford gold, the value associated with this color is not expected to change in the coming years.

STEPS TO MAKE THE COLOR GOLD:

Like most other colors, gold has a wide range of shades associated with it.

However, what makes this color unique is the fact that there is a wide range of glossiness that may be associated with it.

The sheer number o shades of gold, calls for many different ways of producing the color as well.

WHAT COLORS GO WITH GOLD:

The color gold goes well with darker shades like emerald green, dark purple or navy blue. Gold also goes particularly well in cases where there is a three-color combination with gold being one of the three colors.

If you are sticking to two color combinations, rose pink, crème and beige will go well.  For a festive setup or in the case of marriages, you men and women look gorgeous in combinations of red and maroon with gold.

There are a whole host of shades of gold. For the metal gold itself, the shades range from that of yellow gold, white and grey gold, pink and red gold, purple gold and electrum gold.

The most popular among them would be the shades of yellow gold, white gold and rose gold.  When seen from the perspective of color, the shadows of gold would include golden poppy, Crayola gold, and harvest gold among others.

Some experts go on to the extent of saying that mustard is a shade of gold itself. While this statement is debatable, the color codes of the most popular shades of gold are below.

COLOR CODE OF GOLD AND ITS SHADES:

The most common shades of gold would include that of old gold, golden yellow, golden poppy, Crayola gold, and harvest gold.

In general, the decimal and hexadecimal codes of the nonmetallic shades of gold would be RGB (255, 215, 0) and #FFD700 respectively. There are tones of other more glossy shades of gold that are available.

Is gold color or shade?

A yellowish-orange color, gold is not a shade of any other color, but it is a color in itself. There are many shades of the color gold (or golden as people in many places call it).

These include old gold, golden yellow, golden poppy, etc. The color gold is also called as web color gold to differentiate it from the actual metal gold.

Although the color gold gets its origin from that of the metal, it is essential to realize that there is way more to the color than the small metal.

Why is the color gold in the shade that it is?

We the metal gold absorbs more of blue light than it does to the light of any other color. Now, when light falls on the metal, it is reflected and reaches the human eye.

Because of its affinity to blue, this color is devoid of blue wavelength (as compared to the first incident light) and appears to be golden in color.

We observe a similar optical effect may in the case of the metal silver and its namesake color. However, when it comes to golden, the magnitude is much larger.

What is the significance of a gold aura?

In many religious texts will we find references to the gold aura. Man believes that only after someone has achieved a certain degree of knowledge will he be in a position to give out a character that is golden in color.

For this, one has to have attained the highest spiritual level and need to be a visionary in them.

Because of this, the common man often believes that there is a certain amount of enlightenment associated with a gold aura and that is what gives it the supposed divine protection.

How can one make the color gold with food coloring?

When it comes to making food colors, the problem arises because of the limited number of color choices.

However, in spite of that, it is possible to arrive at the perfect shade of gold. You can start by taking ten drops of yellow food coloring to the mixing dish.

That serves as the base, and to that, we can add a drop of red. The two colors are then mixed with a toothpick to get a perfectly blended shade of gold.

How do we make gold paint?

The addition of bronze mixture into the conventional paint gives it a golden appearance. What happens here is that once the paint dries, it is the bronze particles settles on the surface pretty evenly.

It gives it the continuous golden film appearance that all of us admire. For the more expensive lot of gold paints, we use mica coating wherein rutile forms a significant component.

Under no situation is it made from pearl powders. The amount of bronze that we will add will determine the shininess of the color.

Thus, we see that the color gold has a million other shades than what meets the eye. While it is not very difficult to arrive at this color, there are different ways in which you can use this color in combination with others to arrive at the best possible looks.

These will not just bring out the best in you but will also give you a regal look all the way. Thus, as this is a color which suits every skin tone, have no hesitation and go ahead and experiment with the shade as much as you would like to.

In most of the cases, you will end up with something that will make you proud of yourself and your actions.

More one for you:

Get Viral Stories in Your Inbox! 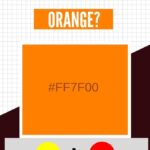 Back to Top
Close
close
25shares